Lindsay Hawkins is from Columbus, Indiana and has trained at Butler University and its affiliate academy, the Pennsylvania Ballet, and the former Indianapolis Ballet Theatre. In 2002 she received her B.F.A. in Dance Performance from Southern Methodist University in Dallas, Texas, under the direction of Jeremy Blanton.

In 2003, she joined MADCO under the direction of Stacy West and has worked with Frank Chaves, Robert Battle, Janice Garrett, Michael Foley, John Beasant III, and Gina Patterson, among many others. Performance highlights include Contemporary Moves presented by Dance St. Louis, DanceNow NYC, Toronto Fringe Festival for Independent Dance Artists, and Dance St. Louis’s Spring to Dance Festivals 2008-2013. MADCO has now presented thirteen of her choreographic works in their repertory and two of her pieces have been selected for Dance St. Louis’s Spring to Dance Festival including her most recent work, Accidentally on Purpose in collaboration with Double Date A Cappella Quartet. Lindsay has set commissioned work on dance students at St. Louis’s Grand Center Arts Academy, Notre Dame University, Missouri State University, University of Missouri St. Louis, and John Hopkins University and has also taught master classes at Webster University in St. Louis. She has taught at many studios in St. Louis including Ballet Midwest, COCA, and Arts In Motion, and is excited to join the faculty at Rokita Dance Center.

In 2008 and 2009, she served as a teaching artist for St. Louis ArtWorks, and was the Director of the ballet program and ensemble at Arts In Motion from 2006 until August 2013 when she left St. Louis to pursue her master’s degree at the University of Arizona in Tucson. Lindsay was recently awarded a Choreographic Fellowship from the University of Kansas to re-stage Conversations and Fits (spring 2016) and received her Master of Fine Arts in Dance with a dual emphasis in Choreography and Performance from the University of Arizona in May 2015. Lindsay is thrilled to return to St. Louis to teach and choreograph, and to join MADCO again for her 11th season as a company member. 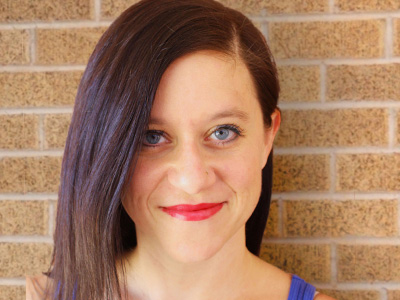 Rokita Dance Center’s mission is to provide students with a comprehensive artistic education that fosters excellence in all forms of dance in a manner that embraces a passion for the art form. Rokita Dance Center strongly believes in making dance accessible to everyone and strives to provide a moral foundation for building self-esteem and improving personal confidence. We instill in our dancers an enthusiasm and desire to have a positive influence within each of their communities.